Click here to edit the Social Media Links settings. This text will not be visible on the front end.

Housing market crash: What you should know 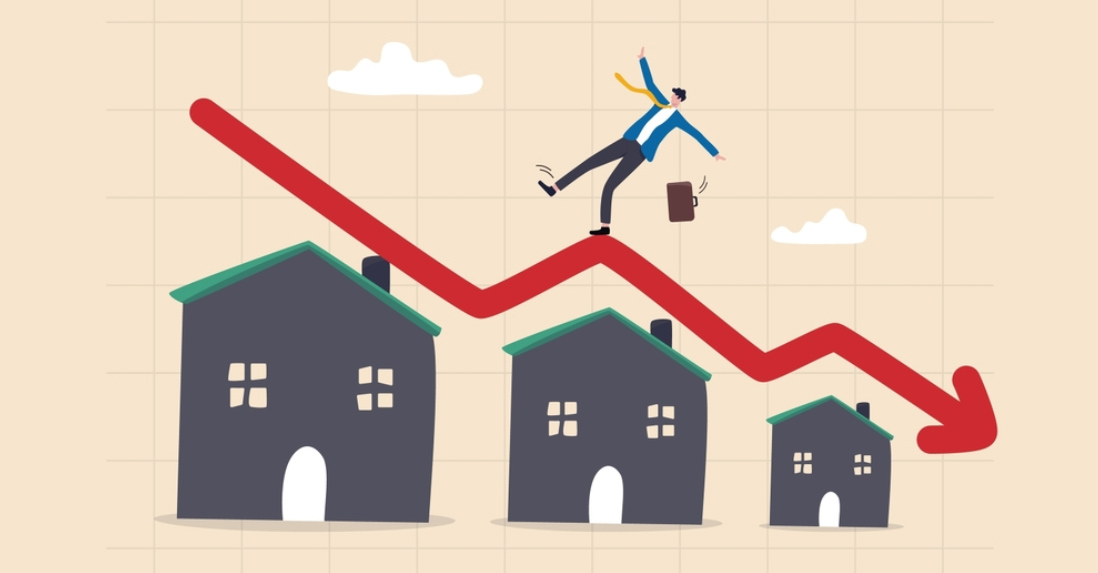 Housing market crash: What you should know. The housing market has been on a roller coaster ride over the past decade. Home prices have skyrocketed, then crashed, then risen again.

That cycle is still ongoing, but there are signs that this latest boom may differ from previous ones. Housing sales and prices are up overall, but they aren’t rising as quickly as they did during the last boom.

There are also fewer foreclosures than during the last crash—and even fewer people going into foreclosure now than before 2008 started! So does this mean we’re heading for another crash? Maybe not just yet…

Housing prices and sales are down, but the market isn’t crashing again.

The housing market is still recovering from the last crash. It’s not yet at the point where people are buying homes because they see them as an investment or flipping them for a quick profit.

But even if you don’t have a crystal ball that can predict whether your home will lose value in the next few years, there are some ways to know if you might be better off selling now instead of waiting for prices to go up again:

Or consider keeping it until things improve rather than trying something else quickly without considering what changes might occur by doing so first.

The housing market is still recovering from the 2008 crash, and it’s less intense than before. That means home values aren’t going to be higher than they were then, but they’re also not going to fall more than they did during the crash.

The record-high number of foreclosures in 2008 is unlikely to be repeated.

It takes longer for borrowers to go into foreclosure than in 2008.

The housing market crash was a significant event that had widespread effects. But it is not the only time the housing market has declined. The Great Depression saw a severe drop in home sales, followed by an increase in foreclosures and mortgage delinquencies as people struggled to make home payments.

People struggling financially went into foreclosure, which meant they lost their homes—and so did lenders who held mortgages on those properties.

Of course, things aren’t quite as dire now: no large-scale foreclosures are happening across America because of this current downturn (so far). But there are signs that we may see another one in the next few years if we continue to see job losses and slow economic growth at home—not just here in America but also abroad, where many U.S.-based companies have operations that contribute to our GDP (gross domestic product).

Delinquencies no longer matter as much as they did in 2008.

One of the main reasons that the housing market crashed in 2008 was because of delinquencies. In other words, people could not pay their mortgages and had to foreclose on their homes.

In the past decade, lenders have changed their policies and now expect you to be able to pay for your home even if you lose your job, fail to work for a few months or even years, and can’t make any money at all. This is why delinquencies no longer matter as much as they did in 2008.

One of the most common misconceptions about ARM loans is that they are a problem. They’re not. These days, ARMs are far less risky than they were in 2006 and 2007, thanks to new regulations on the mortgage industry.

In an adjustable-rate mortgage (ARM), the interest rate can be adjusted periodically based on various factors—usually 1 year after closing and every 5 years after that (though some adjust monthly). So while your initial rate may be lower than that of a fixed-rate loan, it will increase as you pay down your debt.

The good news is that most ARMs have an adjustment cap or ceiling so that your interest rates can’t go higher than certain pre-determined levels; otherwise, it would be impossible for borrowers to predict their future costs when considering whether or not to buy a house with one!

The housing market is a complicated beast to control, and it’s impossible to predict what will happen next. But there are some things you can expect:

The housing market’s still a ways away from the next crash.

While the housing market still has room to grow, and there are signs of a potential bubble, it’s not yet at the point where it would cause a crash.

Looking back, we can see that many factors caused the previous crash:

The housing market isn’t crashing, but that doesn’t mean it’s thriving either.

Let’s get straight: The housing market is not a bubble. While it has been rebounding since the last crash, there are signs that this growth is slowing down and may even end. But while it may seem like we’re on the precipice of another recession, that’s not what’s happening here either.

The truth is that many factors come into play when determining how much house you can afford and where you’ll want to live—and in today’s economy, many people are struggling to afford rent or their monthly mortgage payments.

If you’re looking for real estate advice for homeowners or renters looking for help finding affordable housing options near them, consider reaching out to me!

The housing market isn’t crashing, but it’s also not thriving. Home values have risen above their pre-recession levels, but they’ve also fallen more than they should have in recent years.

And while the number of foreclosures is at record-low levels and delinquency rates are down across the nation, there are still some troubling signs for potential buyers—particularly first-time homebuyers in expensive markets like San Francisco and New York City.

Related Articles
Buying A Home Keep Calm and Carry On I was looking at my company’s year-to-date (YTD) performance this afternoon. We were cooking along so good – right up to the end of April. Coldwell Banker Chesapeake Real Estate agents were outperforming 2021 – the best year in the company’s history.  And then we went smack dab right over a cliff. Did all the […]
Buying A Home It’s Time To Get Off The Fence The Average Closed Sales Price in February 2022 on the Eastern Shore of Maryland was just short of $400,000 ($397,348). Throughout COVID, the demand for rural houses has far exceeded the supply – resulting in rapidly appreciating values. Some Sellers are timing the market – waiting for eastern shore values to peak before coming to […]
Selling A Home Perspective matters when selling your home Introduction Perspective matters when selling your home. You already know how hard it can be. But did you know that perspective can make the whole process easier? It sounds like a strange concept, but here’s what we mean: when you think about your house as just a house—rather than something more personal and permanent—it becomes […]

Thank you for your inquiry.